“MRB strives to be a leader in the roofing industry while providing quality roofing systems and unparalleled customer service. We work daily to cultivate a culture of honor that develops a team of high performers who create long term value for our clients by consistently exceeding expectations.” 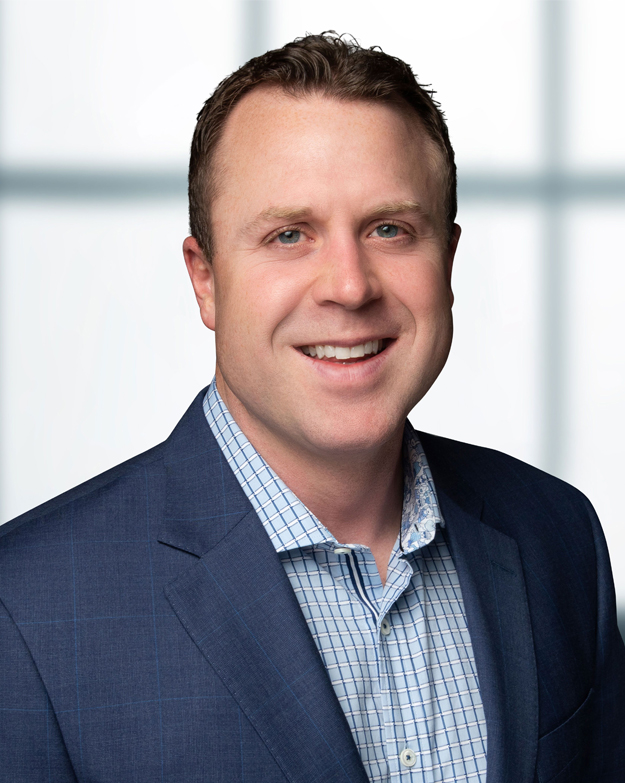 Matt Hines is the founder and CEO of MRB Contractors. Mr. Hines is closely involved in all phases of the company’s growth from budgetary overview and financial forecasting, to sales and marketing. He has been instrumental in helping MRB become one of the state’s premier commercial roofing companies and has also helped the company build a national presence.

In addition to the NTRCA Mr. Hines has been involved in a multitude of other professional organizations such as the Roofing Consultants Institute (RCI), Roofing Contractors Association of Texas (RCAT), the Texas Self Storage Association (TSSA), as well as many others. Mr. Hines holds the following licenses: Haag Certified Commercial Inspector (#201804413), Arkansas commercial roofing license (AR#0374970518), and Alabama commercial roofing license.

Mr. Hines has been involved in the successful completion of more than $40,000,000 in insurance related losses. He has worked with some of the nation’s largest insurance carriers to assist them in handling complex disputes with other contractors, and provide pricing models and scopes of work.

Mr. Hines attended TCU during the summer of 2002 on a full football scholarship, and was part of Gary Patterson’s first recruiting class. Due to a neck injury he left TCU, and attended The University of Texas at Arlington where he obtained a bachelor’s degree in finance. Mr. Hines also holds a Texas real estate license, and previously held a Texas insurance adjusters license.

Mr. Hines resides in Southlake, TX with his wife and three children. In his free time he enjoys hunting and traveling. 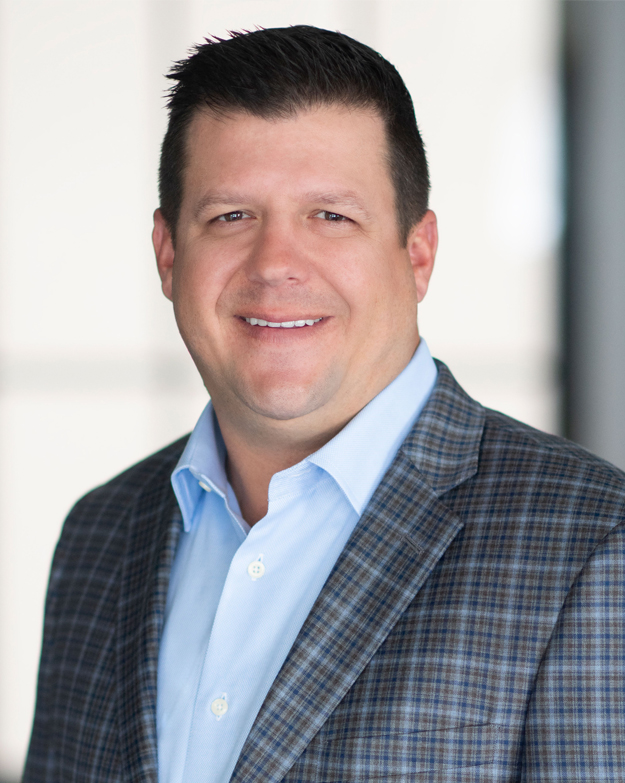 Casey Sneed is the Vice President of MRB Contractors and its subsidiaries. Mr. Sneed works directly with the company’s estimating department and executive personnel to see that jobs are completed within budget and on time. In addition, Mr. Sneed provides expert council and consulting services to many of the nation’s largest insurance and disaster relief companies.

He has worked with numerous carriers, consultants and engineers on resolving complex property losses and helping parties reach mutually beneficial agreements. These services include expert opinion on roofing related matters, as well as budgetary evaluations on contested insurance claims. As a roofing contractor Mr. Sneed is an advocate for pricing control within the insurance sector and always provides fair and honest assessments when handling insurance related losses.

Mr. Sneed has been an active leader within the commercial roofing industry for the past 6 years and is a HAAG certified commercial inspector, and he holds a commercial roofing/general contracting license in the following states: California, Colorado, Florida, Louisiana, Mississippi, Oklahoma and Texas. Mr. Sneed is also a registered roof observer.

Mr. Sneed has been instrumental in helping MRB become one of the state’s largest commercial roofing companies. Since joining MRB in 2012 he has helped the company grow to more than 75 employees and annual revenues in excess of $20,000,000. Most recently he has helped MRB open its first satellite office in Denver, Colorado.

Mr. Sneed resides in The Colony, TX with his wife, and 2 daughters. He is a member of Prestonwood Baptist Church, and he enjoys hunting and golfing in his free time. 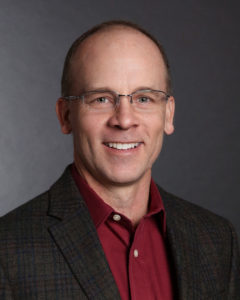 Eric Walund is the Director of Operations for MRB Contractors. He is responsible for the oversight of all large scale commercial and industrial projects to ensure production deadlines are met, and jobs are performed in a safe, time efficient manner. In addition, Mr. Walund works directly with MRB’s executive personnel, project managers and superintendents.

Shortly thereafter in 2001 he was offered a position as the operations manager for one of the most well-established roofing companies in the DFW. Mr. Walund’s commercial roofing experience includes directing and overseeing all phases of the roofing process. He has managed numerous multimillion dollar projects, and has overseen maintenance departments which service the largest commercial real estate firms in the country.

Mr. Walund is knowledgeable in all types of commercial roofing systems including: BUR, single-ply, foam, metal, composition and coatings. Mr. Walund is currently certified through NCI Building Systems and enjoys working hand-in-hand with manufacturers to create the best possible solutions and experience for the customer. Mr. Walund is an active leader in the roofing industry and has served on the board of the Roofing Contractors Association of Texas (RCAT) since 2012. He holds an RCAT license as a Roofing Company Manager, and is well respected amongst his peers.

Mr. Walund resides in Mansfield, TX and enjoys spending time with his family, the outdoors and keeping fit. 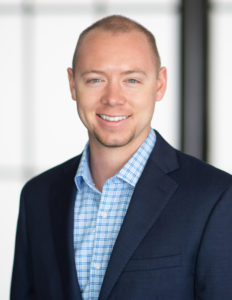 Jack Layman is the General Manger for MRB Contractors’ Colorado division. Mr. Layman’s primary goal is to spearhead the Denver market while working with MRB’s growing clientele base which consists of insurance carriers, roofing consultants, and large property management groups.

Prior to joining MRB, Mr. Layman worked for one of the largest roofing contractors in the Midwest. As a result of his success, he was asked to relocate to the Denver market where he was instrumental in opening the company’s first Colorado branch. Through his efforts he was able to transition to MRB into an executive level role where he has been able to fully utilize his vast skill set.

Mr. Layman has extensive knowledge in commercial roofing, and he is able to offer his customers consultative advice, as well as pricing models for various scopes of work. In addition, Mr. Layman is an advocate for the insurance industry, and assists with providing competitive bids for insurance carriers during the insurance negotiation process.

Mr. Layman attended college in the Kansas City area and played football for two years. He later transferred to Liberty University in Virginia where he received a Bachelors of Science in Marketing and Human Resource Management.

Mr. Layman resides in a ranching community outside of Denver and enjoys hunting, horseback riding, and playing the guitar in his free time. 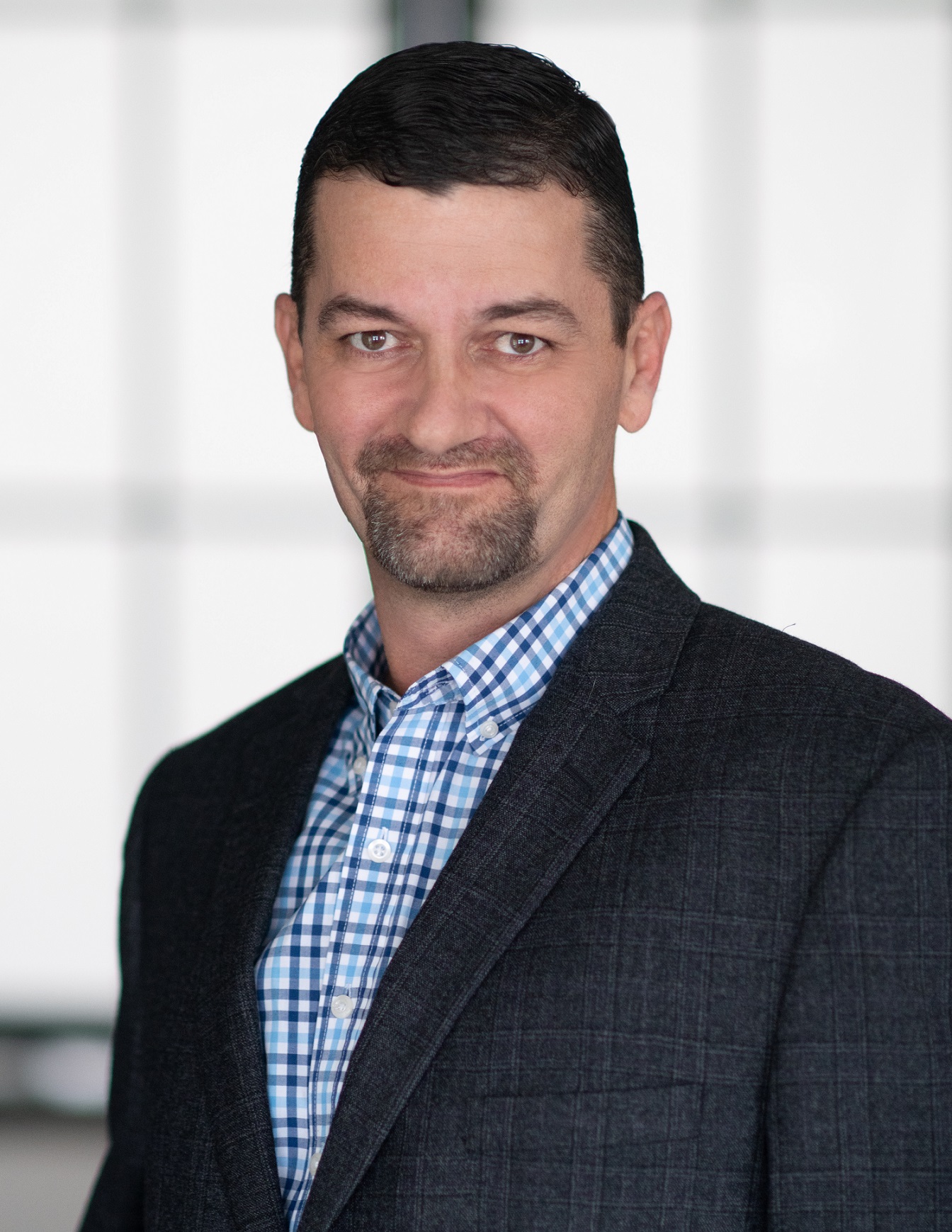 Tim Veigel serves as the Director of Estimating for MRB Contractors, LLC. Mr. Veigel joins MRB with 26 years of experience in the commercial roofing industry having worked for some of the largest commercial roofing contractors in America.  During his tenure he has held Director level positions in both an estimation and operational role.

Mr. Veigel brings a wealth of knowledge to the MRB team, and in his role, he will help lead MRB’s estimating department and will be responsible for developing and maintaining relationships with top clients and vendors.

In addition, he will ensure all estimates are accurate and jobs operate within budget.  He also serves an integral role working with MRB’s operational team to ensure a seamless transition from start to finish.

Mr. Veigel is originally from DFW and is a dedicated father and husband. He is known for his faith, being driven, having a hard-working attitude coupled with an acute attention to detail. 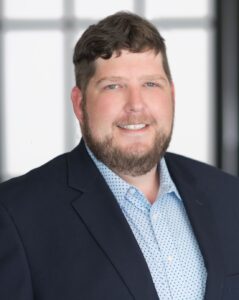 Trent Lacefield is the Director of Maintenance for MRB Contractors. Mr. Lacefield previously led one of DFW’s largest maintenance divisions and handled all aspects of the roofing maintenance process. Mr. Lacefield has a thorough understanding of the complexities of various roofing systems including TPO, BUR, modified bitumen, and coatings.

His areas of expertise include budgetary planning, roof asset management plans, and preparing comprehensive scopes of work for tenant finish outs. In addition, Mr. Lacefield handles MRB’s largest internal accounts to ensure that customer satisfaction is exceeded on every project.

Mr. Lacefield resides in Alvarado, TZX where he enjoys playing disc golf with his two sons and cooking for his family. 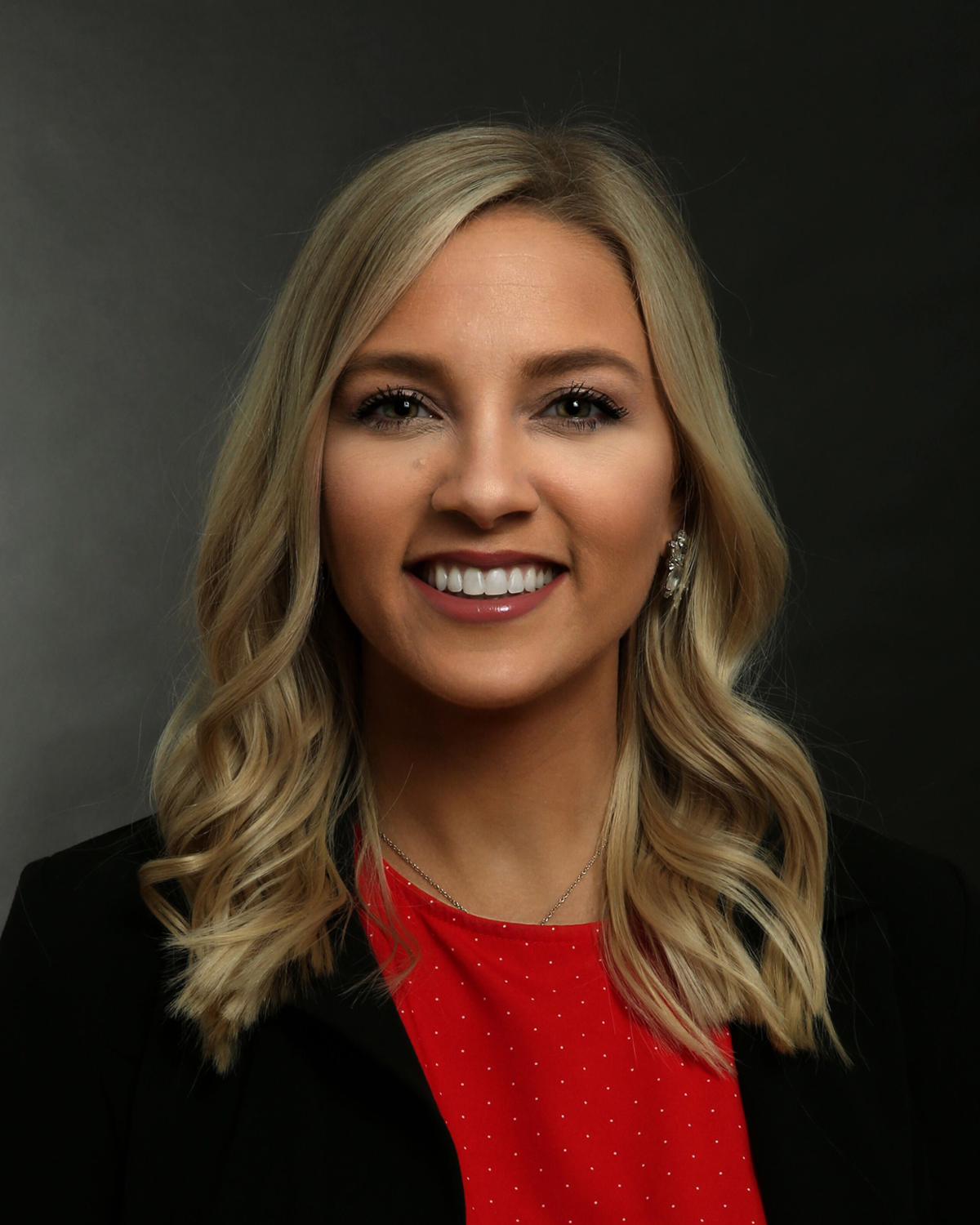 Kiley Tucker is the Director of Marketing for MRB Contractors. Mrs. Tucker oversees all the marketing platforms and social media as well as day-to-day communication with the executive team regarding customer relations. Mrs. Tucker has been instrumental in organizing and developing the trade show presence and attends all conferences and networking events. Maintaining a strong relationship with MRB’s clients and partners, Kiley has developed long lasting relationships while growing the company brand.

Kiley graduated from Stephen F. Austin with a degree in Hospitality Management. She started her career at a young age working for her family’s construction business. After college she worked in Logistics and then moved into HR Management Platforms, specifically in the Oil and Gas industry in West Texas. Being a daughter of entrepreneurs, the passion for business and sales has been instilled in her since she was young. She prides herself in networking and building relationships.

Mrs. Tucker resides in Lantana, TX with her husband, son, and 2 dogs. She also enjoys fishing, spending time with family, and traveling. 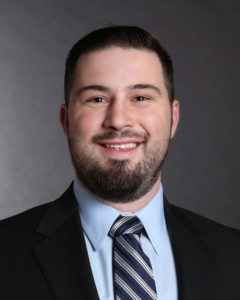 Taylor Bird is the Chief Estimator of MRB Contractors. Mr. Bird oversees all estimation and sales to ensure timely, accurate proposals. He deals directly with clients, general contractors, and MRB’s executive personnel to gather all pertinent information for each project.

After discovering MRB’s potential for growth, he decided to move to Irving and join the team. Mr. Bird became a member of the MRB in 2016 and has added value to the company by providing accurate estimations in a timely fashion. He also helps facilitate smooth operating procedures and planning. 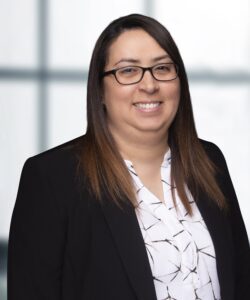 Lorraine Lopez-Vergara is the HR Manager for MRB Contractors and its subsidiaries. In her role, Ms. Lopez-Vergara’s primary goal is to strategically establish processes, policies and procedures, as well as ensure compliance, within all the human resources functions such as, recruitment, compensation, benefits and employee relations.

Ms. Lopez-Vergara brings over 15 years of experience in the field within a variety of industries that include Entertainment, Manufacturing and Supply Chain. She graduated with a master’s degree in Business Administration, with a concentration in Human Resources Management, from the InterAmerican University of Puerto Rico in 2006. Her passion for HR, building relationships, and the ability to guide companies, both small and large, through the process of establishing a strong and consistent culture is what has led her to be successful in this field.

Ms. Lopez-Vergara resides in Grand Prairie, TX and enjoys concerts, her 2 kids and spending time with friends, either on a ride or around a good meal. 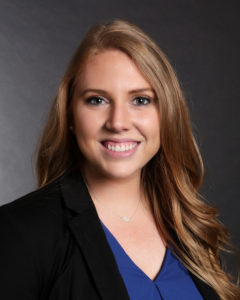 Andrea Heckelsberg is the Office Manager for MRB Contractors, and its two subsidiaries. Ms. Heckelsberg oversees all of the daily financial operations of the companies, and handles payroll reports, as well as workers comp, and tax filings. She also assists in the licensing requirements of various states, and numerous other administrative duties.

Ms. Heckelsberg has been with MRB since 2015 and has assisted in developing MRB’s infrastructure, and helping to streamline daily processes. She works directly with MRB’s accounting department, and sees that receivables are paid on time, and deadlines for payables are met.

Ms. Heckelsberg attended Oklahoma State University where she holds a Business Degree in Marketing. She is also from the DFW area, and attended Keller High School.